Kashmir situated to the northwestern part of India; dazzles with deep valleys, snow-clad mountains and shimmering lakes. Termed as paradise on earth, Kashmir which captivates the tourists with lovely Dal Lake and beautiful temples makes Kashmir Tours Packages a must for all those who love to enjoy natural beauty. Shopping for woolen clothes, hand-made shawls and Kashmiri style ornaments can be exciting and fascinating for the tourists when on Kashmir Packages Tours. The Srinagar packages take you around beautifully decorated house boats paving through the lovely lakes and make for a romantic ride when in Srinagar. Apart from this, the snow-capped mountains peaks present an opportunity for skiing when on Gulmarg Tours. Another place which entices the tourists is Pahalagam, a town in Anantnag district which boasts of beautiful landscaping sights is included in Pahalgam tourism.

LADAKH:-Ladakh is in North east of India, neighboring Tibet a beautiful part of Jammu Kashmir. Surrounded by the Karakoram and Great Himalayan Ranges, it is a high altitude desert land and therefore sheltered from the rain bringing clouds of the Indian monsoons. Once a lake covered Ladakh and the leftover today are the 3 lakes of Tso Moriri, Tso Kar and Pangkong Tso. The main source of water in Ladakh are the winter snow falls. Ladakh has only two entries by Road, One is via Srinagar Over Zodgela Pass & another is via Manali over five highest  pass, between 3500 mts to 5500 , mts. The people of Ladakh are Buddhists and Muslims.  The first inhabitants of Ladakh were most probably a mixture of nomads, which wandered the Tibetan high plateau, and some early Buddhist refugees from northern India, called the Mons. In the 7th century the Buddhism from India was brought to Ladakh  by the wondering sage Padmasambhava and gradually displaced the shamanic cult of the Bons. With His Holiness the Dalai Lama as its head, Gelukpa or Yellow Hat is now the most popular school of Tibetan Buddhism in Ladakh.

Arrive at Leh  ( Kushok Bakula Rinpoche )  by morning flight . This flight is one of the most sensational flights in the world. On a clear day from one side of the aircraft can be seen in the distance the peaks of K2, Nanga Parbat, Gasherbrum and on the other side of the aircraft, so close that you feel you could reach out and touch it, is the Nun Kun massif. Upon arrival you will be transferred to your hotel. You would take a little time to settle in and acclimatize since you have gone from a relatively low elevation  to over 11,000 feet! During the afternoon, you can walk through the old town, to allow you to get oriented to this fascinating city. Overnight in a  Hotel.
2

After breakfast we leave for a tour of the Hemis Gompa. This monastery is the best-known in Ladakh. Around the monastery you will see Chortens or Buddhist reliquaries and ornate walls. After seeing the sights of the monastery we leave for the Thiksey Monastery. This is situated on a mountain from where you can see panoramic views of the Indus Valley. Within the monastery you can see many beautiful Buddhist artifacts. We then leave for the Shey Palace, which was the summer palace of the royal family of Ladakh. We also see the Stok Palace, where the royal family of Ladakh used to live. In the museum at the palace you can see family heirlooms and artifacts from royal times. We then tour the Ladakh Handicraft Center. Here you can buy beautiful handmade products and craft items. Return to your hotel to stay overnight.
3

After Breakfast, move towards Highest Motorable Road of The World, KhardungLa Pass. Have a cup of Tea there, get yourself clicked with the Khardungla Signboard by BRO & proceed towards Nubra valley covering Deskit Monastery enroute. Check-in at Hotel/Camp, freshen up & later you can have a Double Hump Bactarian Camel ride. Dont forget to click this unique mammal, found in cold Desert. It was once used to carry the trade material on silk route. Overnight at Hunder/Nubra Camps/Hotel.
4

After Breakfast, check out from the camps & visit Deskit Monastery, Hot Water Springs, Panamik via confluence of Shyok & Nubra River across Sumoor. Return to Leh by Evening. Overnight at Leh.
5

Drive  from Leh & proceed for one of the most beautiful & scenic, Salt water Pangong Lake at Spangmik via Changla Pass(17350 ft). Various Bollywood movies have been shot at this lake. One-Third of this lake is controlled by India & rest of the two-third lies under Chinese province. Overnight at Camps.
6

After Breakfast, check out from Camps for return journey to Leh. Enroute visit Hemis Monastery & 3-Idiots School. Overnight at Leh.
7

Morning after Breakfast, tighten your strings to travel another mind-boggling terrain along Indus, via nimoo, fotu la, namika la to Kargil.Enroute you can stop at Gurudwara Sri pathar Sahib, Sangam, Magnetic Hill, Alchi- as the time permits. Overnight at Kargil.
8

Leave early morning  after Breakfast, start your journey towards Srinagar via Drass, visiting Drass Memorial.  Further drive over Zojila  pass, which is the Gate way of Srinagar. Later you can stop by Sonamarg to enjoy the mystic landscapes. Arrive Srinagar by evening. You can then enjoy the Shikara ride in the Dal lake. Overnight at Hotel.
9

After Breakfast, proceed to snowcladded Gulmarg. Here, you can enjoy the gondola ride, that takes you across from one Mountain to another. Gulmarg is a paradise Skiing Location for Ski Lovers across the world. Later return to Srinagar for an overnight stay.
10

After Breakfast, proceed to Pahalgam, valley surrounded by thickly wooded forests of pine, facing the undulating meadow of Baisaran. Later return to Srinagar for an overnight stay. (Only Local Taxi Union vehicles are allowed to ply around Pahalgam for Aru & Betab Valley, Chandanwari sightseeing).
11

Leisurely after Breakfast at Hotel , check out & leave for Srinagar Airport for onward flight to home, with memories for lifetime. 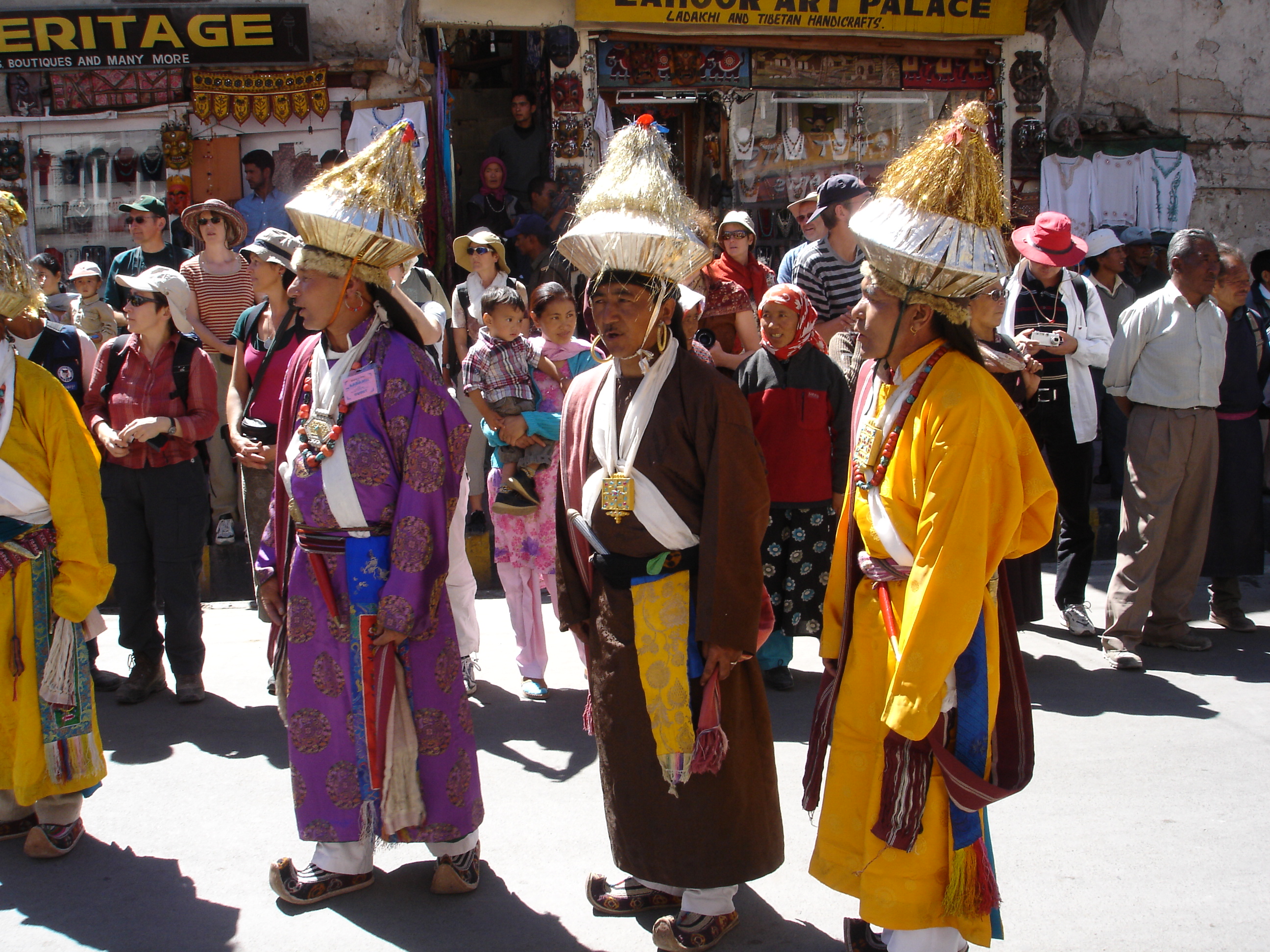 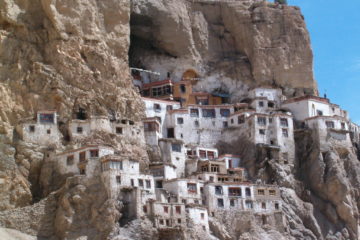 Kashmir situated to the northwestern part of 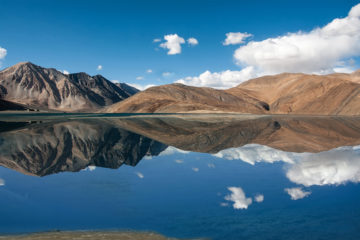 Nubra is a tri-armed valley located to 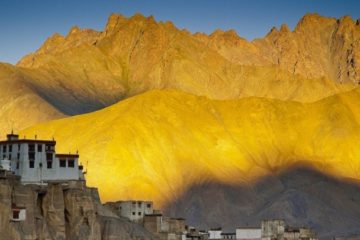