In 1931, Frank S. Smythe, who was part of a team of six British mountaineers that climbed Kamet, came across a valley beyond Bhyundar Pass that had “lush meadows… embowered amidst flowers. The Bhyundar Valley was the most beautiful valley that any of us had seen.” Smythe in his book recalls that his camp was surrounded by a variety of flowers – primulas, white anemones, golden nomocharis, marigolds, globe flowers, delphiniums, violets, eritrichiums, blue corydalis, white roses and rhododendrons. Higher up, near the moraine, were saxifrage, yellow and red potentilla, geranium, asters and gentians, so many that “it was impossible to take a step without crushing a flower”

Today this Bhyundar Valley is not very different from how Frank Smythe first found it to be. Through strict environmental control and tight Government of India regulations, the sanctity of Frank Smythe’s discovery – the Valley of Flowers has been carefully preserved. If you stand at the foot of the valley, grassy meadows run down to the cleft of the stream, which, even in August, is still fringed by ice. On both sides, green slopes turn to dark rock as they vault into deep blue skies. Rising gently, the valley ends as notch on the horizon, crested by the snows of the Rataban (6,166m) and Nilgiri (6474m) peaks. And underfoot, the flowers that give the valley its name.The Valley Of Flowers is accessible from a remote village in the Indian Himalaya called Gangharia. Getting to Gangharia is a small adventure in itself.

Arrive Delhi , transfer to Rashikesh. On arrival check in hotel after enjoy Holy Aarti at Holy Travani Ghat at Rashikesh .Overnight in Hotel.
2

Drive from Rashikesh  to Joshimath (254 kms.; 9 hrs.) : The drive from Rashikesh is across some of the most scenic countryside in Kumaon and Garhwal Himalaya. The well laid out mountain road winds itself past some of the popular towns and villages of this region such as, Karnprayag, Nandprayag,  Starting early we get to Joshimath by evening. Overnight stay is in a rest house / Hotel.
3

Drive from Joshimath to Govindghat (1828 mts./22 kms.; 2 hrs.) : A less than two hour drive along the Alaknanda river brings us to Govindghat. From here our trek starts. On a given day there are hundreds of Sikh pilgrims headed for the Shrine at Hemkund, and alighting from our jeeps we join this joyous group heading up to Ghangaria. The ascending mule track climbs past terraced fields and vegetation to the hamlet of Pulna (3 km). From here the trail is a little wilder and more forested, with occasional glimpses of snow peaks. The 7 kms. from Pulna to Bhyundar Village are a steady ascent and the altitude is moderate. Shortly after Bhyundar, the trail crosses the Laxman Ganga, over a bridge elevated by giant boulders. The trail is steeper now but Ghangaria is only 3 km. away. Our campsite is beyond Gangharia in a relatively isolated area. Over Night in Tents.
4

Day visit to Valley of Flowers : Current Government regulations do not permit any camping within the notified are of the valley and entry to the valley is restricted to permit holders only. The trail is well chalked out, and is a delightful ramble as it climbs gently through a coniferous forest, before descending to a bridge, and check-post that mark the official entry to the Valley of Flowers. Climbing up a rocky trail, with the forest behind us, the first flowers begin to appear. Every morning after breakfast, trekkers would be escorted into this garden of Eden to explore different cross sections of the Bhyundar Valley. Packed lunches, flasks full of hot beverages as well as assorted refreshments would also be arranged. By evening the group would be escorted back to our base camp at Gangharia where dinner would be served after a round of refreshments. Over Night in Guest House/Tents.
5

Gangharia to Hemkund and back to Gangharia (4329 mts./6 kms.; 4 hrs each way) : Hemkund is a special place and a “must see”. Situated at a height of 4329m, the place has a lake on whose banks are a Lakshman Temple and a Gurudwara of Guru Govind Singh. Guru Govind Singh is revered by Sikhs, Hindus and others and over the years Hemkund has acquired international acclaim. Over Night in guest house/Tents.
6

Gangharia to Govindghat and back to Joshmath /Badrinath: We follow the same track and return to Govindghat, where we board a waiting jeep that drives us to Joshimath. However for those who wish to visit the famous Hindu shrine of Badrinath, special arrangements can be made and the trip extended by a day with overnight stay in a Hotel at Badrinath.
7

Badrinath/Joshimath town is situated at the confluence of the Alaknanda and the Dhauliganga rivers and is a pleasant, if somewhat noisy, Indian hill station. We continue our drive down the Alaknanda valley as far as the town of Rishikesh. As Beatles fans will know this is where the group stayed in 1967 whilst on their Indian journey. Located on the banks of the Ganges, Rishikesh is considered one of the holiest pilgrimage places in the Himalaya and there are numerous fascinating Hindu temples to visit.
8

We depart our hotel by Early Morning to avoid the worst of the traffic on the busy road back to Delhi. On arrival transfer to the airport,to board the flight for home city. 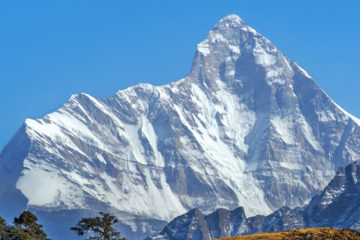 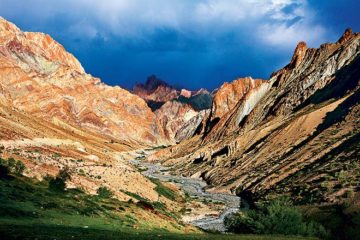 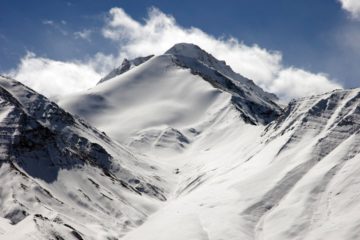