Himachal Pradesh is a part of the Indian Himalayas. It has wide valleys imposing snow mountains, limpid lakes, rivers and gushing streams. After India became free in 1947, a number of princely hilly states were integrated into a single unit to be administered by the Government of India. Himachal Pradesh came into being as a state of the India Union on April 15, 1948, by integrating 31 big and small hill states of the region. In 1956, it was converted into a Union Territory. Subsequently, some more hill areas of the Punjab state were added to this Union Territory and it was made into a full-fledged state, the status that it continues to have now. Himachal Pradesh today is one of the most important tourist destinations in India.

Shimla (also spelt as ‘Simla’) derives its name from goddess ‘Shayamla Devi’, which is another manifestation of Goddess Kali. The capital of Himachal Pradesh came into light when the British discovered it in 1819. Till then, it was a part of the Nepalese kingdom. In 1864 Shimla was declared as the summer capital of India. After Independence, Shimla became the capital of Punjab and was later named the capital of Himachal Pradesh. In 1903 a rail line was constructed between Kalka and Shimla to start a train tour. Shimla has been blessed with all the natural bounties, one can think of. Dwelling on a panoramic location, the hilly town is surrounded by green pastures and snow-capped peaks. The spectacular cool hills accompanied by the structures made during the colonial era create an aura, which is very different from other hill stations.

Manali:-Just 40 kms away from Kullu to the north, Manali is situated near the end of the valley on the National Highway leading to Leh. The landscape here is breath taking. One sees well-defined snowcapped peaks, the Beas river with its clear water meanders through the town. On the other side are deodar and pine trees, tiny fields and fruit orchards. It is an excellent place for a holiday, a favorite resort for trekkers to Lahaul, Spiti, Bara Bhangal (Kangra), and Zanskar ranges. From temples to antiquity, to picturesque sight-seeing spots and adventure activities, Manali is a popular resort for all seasons and for all travellers.

Dharamshala:-This is a hill station lying on the spur of the Dhauladhar range about 17 kms north- east of Kangra town. This hill station is wooded with oak and conifer trees and snowcapped mountains enfold three sides of the town while the valley stretches in front. The snowline is perhaps more easily accessible at Dharamshala than at any other hill resort and it is possible to make a day’s trek to a snow-point after an early morning’s start. Dharamshala is also the headquarter of the Kangra district.

Dalhousie:-  (2036 m) is a hill station full of colonial charm that holds lingering echoes of the Raj. Spread out over the five hills (Kathlog, Potreys, Tehra, Bakrota and Balun) the town is named after the 19th century British Governer General Lord Dalhousie. It was popular with the British Army personnel in 1860’s. The town’s varying altitude shades it with a variety of vegetation that includes stately grooves of pines, deodars, oaks and flowering rhododendrons. Rich in colonial architecture, the town preserves some beautiful churches. St. John church is the oldest one built in 1863, St. Francis was built in 1894, St. Andrew in 1903 and St. Patric in 1909.

Chandigarh:- The union territory of Chandigarh, India serves as the capital city of the twin states of Punjab and Haryana. The credit for the awesome designing of the city goes to a French architect named Le Corbusier. The city has been named after mother Chandi, the goddess of power. It is in the dedication of the Goddess Chandi that Chandi mandir was set up. The city is known for its beautiful gardens, especially the rose garden. There is a unique garden in Chandigarh named rock garden, which showcases exquisite artwork made by using industrial and urban wastes like porcelain, forks, metal wires, play marbles, auto parts & broken bangles etc. There are lot of places to explore in and around Chandigarh like Sukhna Lake (manmade), Leisure Valley, City Center, Museum of evolution of life, city museum, Bougainvillea Park, Gurdwara Nada Sahib, Mansa.

Arrive in Chandigarh by Air or Train in the morning meet and greet our representative on Railway station or Airport. After that drive to Shimla by cab through enchanting hills and breathtaking roadside views. Reach in Shimla in the evening time. On arrival in Shimla Check in to the hotel. Dinner and Overnight stay at hotel in Shimla.
2

Excursion to Rohatang Pass. Situated at an altitude of 3979 mtrs above sea level and 51 kms outside Manali is the mighty Rohtang Pass – the gateway to Lahaul-Spiti valley. It affords a wide panoramic view of the mountains. Here one sees the majesty of the mountains at its height and splendour. At the top of the pass the air seems to glitter against the snow as you look down over herringboned ridges into the Lahaul valley.Enjoy snow skiing, snow scooter riding, paragliding and other activities of your choice at Rontang snow fields. Evening at Leisure. O/N Hotel.
5

A distance of 260 kilometer on the way stopping at Baijnath known for its Shiva Temple and further at Palampur famous For Tea Garden. Dharamhsala is a hill-station lying on the spur of the Dhauladhar Mountains about 18 kms north-east of Kangra, It is known for its scenic beauty set amidst high pine and oak trees. Since 1960, when it became the temporary headquarters of His Holiness The Dalai Lama, Dharamsala has risen to international repute as “The Little Lhasa in India”. O/N Hotel Dharamsala.
6

Early morning leave for Dalhousie. Arrive and check in at Hotel. Late evening at leisure to pamper yourself at the small town famous for its scenic beauty. Overnight stay at Hotel.
7

After Breakfast proceed for sightseeing. Flow through a mesmerizing experience. The vast emerald green meadow of Khajjiar with its thick forested slopes of deodhars, the stupendous mountain views from Lakkar Mandi. Return back to hotel. Overnight stay at hotel.
8

After Breakfast check out from hotel. Drive to Chandigarh. Evening visiting the famous Rock Garden – the lifetime dream of Mr. Nek Chand, Sukhna Lake – the beautiful lake that is the major attraction of Chandigarh. Overnight stay at hotel.
9

Early morning after breakfast Explore Chandigarh after transfer straightway to the railway station/Airport. In this way your visit to one of the paradise on earth located amidst the lofty Himalayas ends offering your glorious memories to cherish for lifetime. 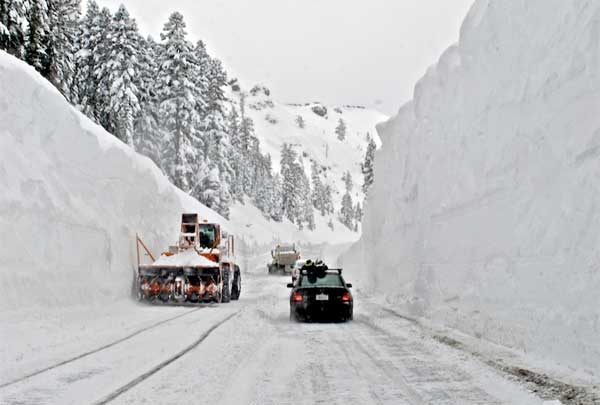 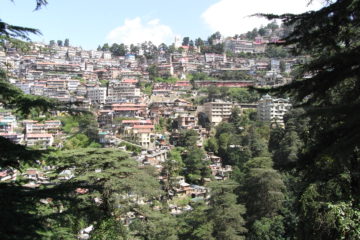 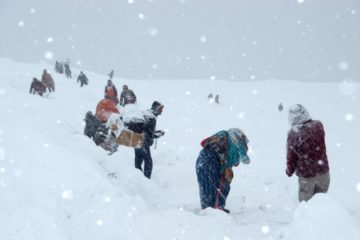 Great Himalayas ‘Himalayas in Himachal’ or one 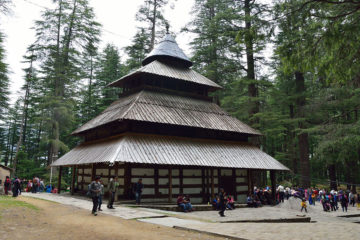