Uttaranchal :- the land of gods, the home of Himalayas and truly a paradise on earth, allures everyone from everywhere. The fresh air, the pure water, the chilling snow, the adverting mountains, the scenic beauty, Uttaranchal is a boon for the pilgrim tourists. The Maha Kumba Mela, the Char Dham Yatra and the Kailash Mansarovar Yatra give Uttaranchal an international recognizance. The major pilgrim places include Haridwar, Rishikesh, Kedarnath, Badrinath, Gangotri, Yamunotri, Devprayag,  Nandadevi and Purnagiri. Uttaranchal is a paradise for nature lovers and adventure sports, enthusiasts.  Mussoorie, the ‘Queen of Hills’; Nainital, the ‘Lake District’; Kausani, the ‘Switzerland of India’; Ranikhet, Pithoragarh, Pauri and Munsyari are just few highlights for the nature lovers. The State is also a treasure house of exotic flora and fauna and is an ideal location for eco-tourism, as well as wildlife tourism. The world-famous Jim Corbett National Park is the pride of Uttaranchal.

Mussoorie is known as the Queen of Hills, this charming hill station, 34 kms from Dehradun is situated at an altitude of 2003 mts in the Garhwal hills. above sea-level. Mussoorie is one the beautiful hill stations in India and the most frequently visited. It provides excellent respite to people who want relief from the hot sultry conditions of the plains, especially since it is close enough to the capital to make just weekend trip. Also, major Hindu pilgrimage sites like Kedarnath, Badrinath, Gangotri, Yamunotri, Haridwar, Rishikesh are not far from this place. In 1820, Captain Young of the British army was influenced by the beauty of this place and made it his residence. The name, Mussoorie is derived from plants of ‘Mussoorie’ which were found in abundance here. After its discovery, this hill station gradually developed as a center of education, business, tourism and beauty.

After you reach Delhi, leave for Mussoorie early in the morning. Stop for lunch on the way. Evening arrival in Mussoorie. Complete the check-in formalities and settle down. The evening is at leisure. Indulge in the activities of your interest. Located at an altitude of 2005 m above the sea level, Mussoorie receives a decent number of national and international tourists each year. Serene ambiance, cool breeze, various attractions and pleasant weather allure tourists from all around. Take a stroll in the nearby locations and explore the surroundings on your own. Overnight stay.
2

After breakfast on the second day, embark on sightseeing both in and around Mussoorie. The place is a perfect region for long walks and hiking. The Camel’s Back Road just a camel hump shaped road where you can go for nature walks. Situated on the hill tracks about 15 km from Mussoorie is the Kempty falls (take a dip and feel refreshed); observing the whole view the Gun Hills has to offer is simply a breathtaking experience. There are many other destinations like Lal Tibba (second highest point here offering mesmerizing views), Happy Valley (Tibetan settlement), Company Garden or Municipal Garden (a lush spot popular for organizing picnics), and Tibetan Buddhist temples etc that are worth-visiting. You can also enjoy the ropeway ride to the Snow View Point. At the evening you return back to the hotel. Stay overnight in Mussoorie.
3

On day 3, after breakfast, the day is at leisure you have the whole day to relax and decide on things you want to do. You can simply walk around the market for shopping or take a stroll at the Mall Roadwhile enjoying the view. The Mall Road is the place where you can see all the action. This road stretch bustles with tourist activity. There are several shops selling clothes, hats, wooden items, handicrafts and more, enjoy hot soup or chilling ice cream. Take a walk here while the cool breeze brushes past your face. If you want, you can also partake in adventure activities such as Zip swing, Zip lining, Valley crossing, Rappelling, Clock Climbing and so on. In the evening, Back to Hotel for Over Night.
4

In the morning, after breakfast, check -out from the hotel and leave for Delhi. On arriving at the airport/railway station, continue your onward journey. 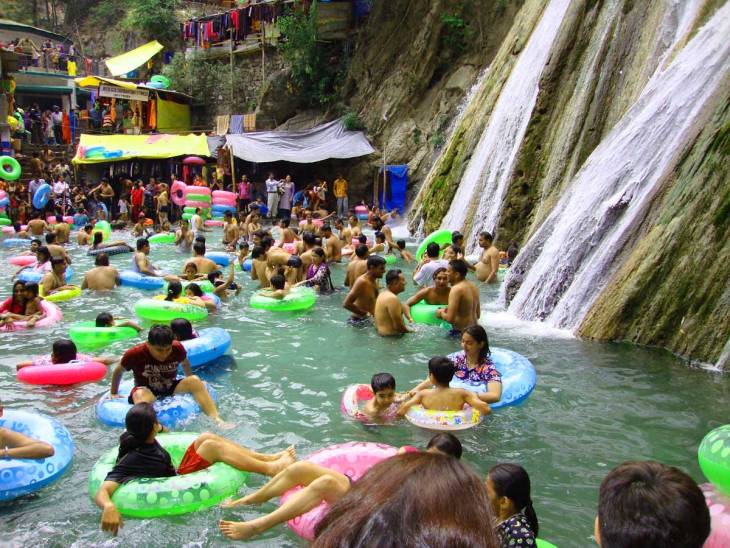 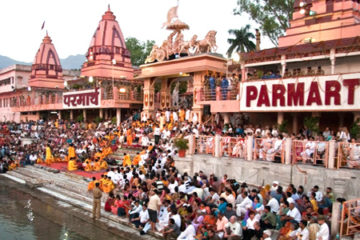 QUEEN OF HILLS WITH HOLY GANGES