AMARNATH HOLY SHRINE:- There is famous Rigvedic Verse that says “Ekam Sat ” that is “There is one Being ,the sages call Him by many names.” The  God (Parmeshwar) has three deities who carry on the world .This is Known as Holy Trinity. Brahma- the creator, Vishnu – the perpetuator of life and Shiva (Mahesh ) -the purifier and perpetuator of good and destroyer of evil. This is The Cave which was chosen by Bhole Shankar  for narrating the secrets of immortality and creation of Universe  to Maa Parvati ji .   The story goes like this  .   Centuries ago Maa Parvati asked Shiv ji  to  let her know why and when  He  started wearing the beads of heads ( Mund Mala)  .   Bhole Shankar replied whenever you are born  I add one more head in my beads .  Maa Parvati said ,”  My Lord, my body is destroyed every time  and I die again and again, but you are Immortal. Please let me know the secret of this .” Bhole Shankar replied that it is due to Amar Katha .”

Maa Parvati insisted that she may be told that secret.  For long Shiva ji continued postponing .   Finally on consistent demand from Maa Parvati He made up his mind to tell the immortal secret . He started  for    lonely  place  where  no living  being  could  listen  it .  He choose Amarnath Cave .  In preparation to that He left His Nandi ( The Bull which He used to ride )  at Pahalgam (Bail gaon) .  At Chandanwari He released Moon from his hairs (Jataon). At the banks of Lake Sheshnag He released the snakes .  He decided to leave his Son Ganesha at Mahagunas Parvat (Mahaganesh Hill ) . At Panjtarni, Shivji  left the Five Elements behind (Earth , Water, Air , Fire and Sky)  which make living being . He is the Lord of these elements.  It is believed that as a symbol of sacrificing the earthly world , Shivaji and  Maa Parvati  had Tandav Dance . After leaving behind all these, Bhole Shankar enters the Holy Amarnath Cave along with Parvati Maa . Lord Shiva takes his Samadhi on the Deer Skin and concentrate . To ensure that no living being is able to hear the Immortal Tale , He created Rudra named Kalagni and ordered him  to spread fire to eliminate every living  thing in and around the Holy Cave . After this He started narrating  the secret of immortality to Maa Parvati . But as a matter of chance one egg which was lying beneath the  Deer skin remained protected . It is believed to be non living and more over it was protected by Shiva -Parvati Asan (Bed) .  The pair of pigeons which were born out of this  egg became immortal  having listened the secret  of immortality (Amar Katha). Many pilgrims report seeing the pair of pigeons  when they trek the arduous route to pay their obeisance before the Ice-Lingam (the phallic symbol of Shiva).

On arrival at Srinagar, you will meet our representative at the airport and transfer to hotel. Evening free to Explore Local market/ Relex. Overnight in Hotel.
2

Morning visit Shankaracharya Temple , after  tour of world famous Mughal gardens visiting the Nishat bagh (the Garden of Pleasure)  built by Asif Jha in 1636 and Shalimar Bagh (Abode of Love) built by Jehangir for his beloved wife Nurjahan in 1619. Evening back to the hotel,afternoon shikara ride on the Dal lake to enjoy the beauty of the city, overnight in hotel.
3

Drive to Sonmarg (2690 m) which is the most beautiful drive from Srinagar lunch at Sonmarg, continue drive towards Baltal, overnight in tents.
4

Leave early morning to fly for Amarnath Holy Cave (3953 m) where you can see ice Shivlingam.   This holy cave is visited by thousands of Hindu pilgrims on the full moon From Amarnath fly back Baltal. overnight in tents.
5

After breakfast leave for Srinagar, arrive Srinagar at lunch time, overnight at houseboat. Evening visit to Shankaracharya Temple (Shiva temple), from where you can view the magnificent beauty of Srinagar city and lakes, overnight at the houseboat.
6

Morning free ,after transfer to the airport to board the flight for home city. 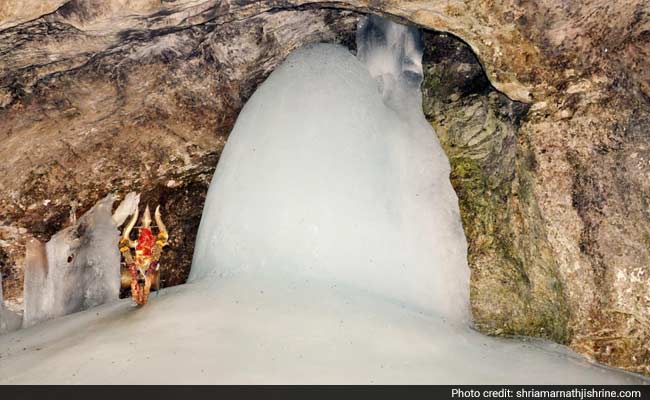 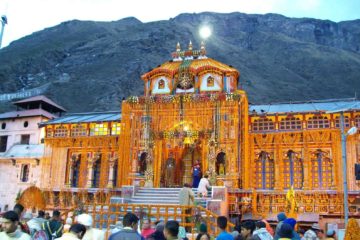 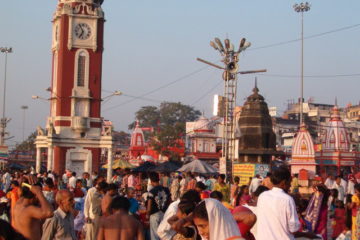 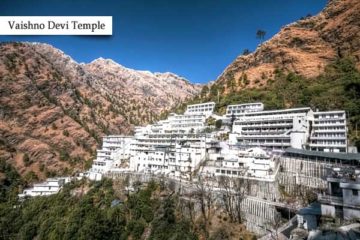